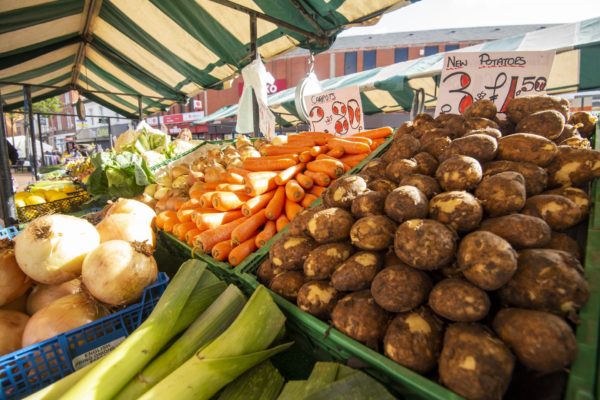 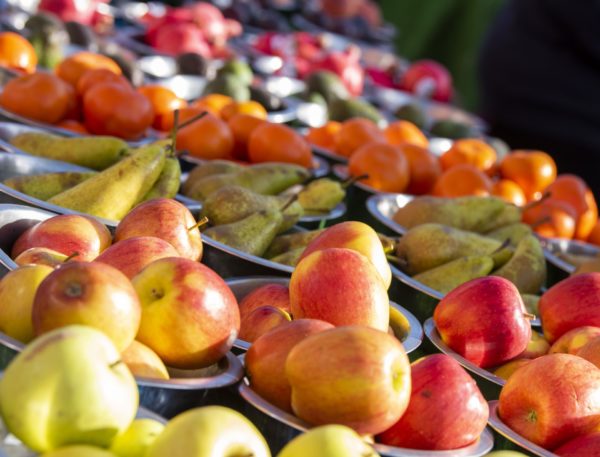 Nottingham’s only indoor market, five busy outdoor markets in its neighbourhoods, plus a car boot and a street market in the heart of the City… at Nottingham Markets there really is something for everyone.

All our markets offer fantastic choice and value for locals and visitors alike, with quality produce and friendly, knowledgeable traders at the heart of everything we do.

Though they’ve changed considerably over the years, Nottingham has a rich history of markets dating back many centuries. 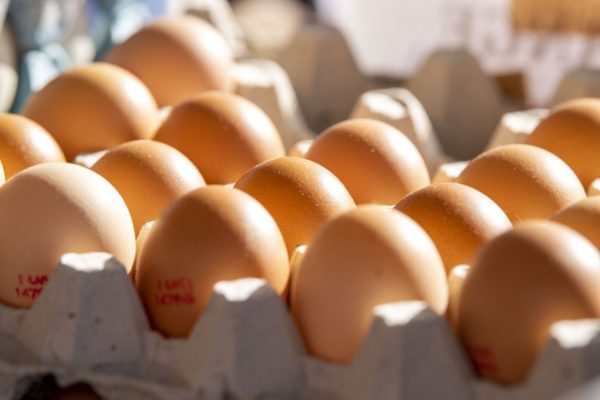 The Saxons and the French

By the eleventh century, Nottingham was a Royal “burh”, with huge defences constructed around what is today’s Lace Market, including Weekday Cross: the old daily market of Saxon times.

In 1068 William the Conqueror erected his stronghold on Castle Rock, entrusting it to William Peverel, and a new town, occupied largely by his French followers, sprang up outside the Saxon town.

Due to animosity between the Saxons and the French, a mutual marketplace was chosen where the two nations could meet to do business… but be kept sufficiently apart to prevent bloodshed! And so the open space we know as the Old Market Square was born. 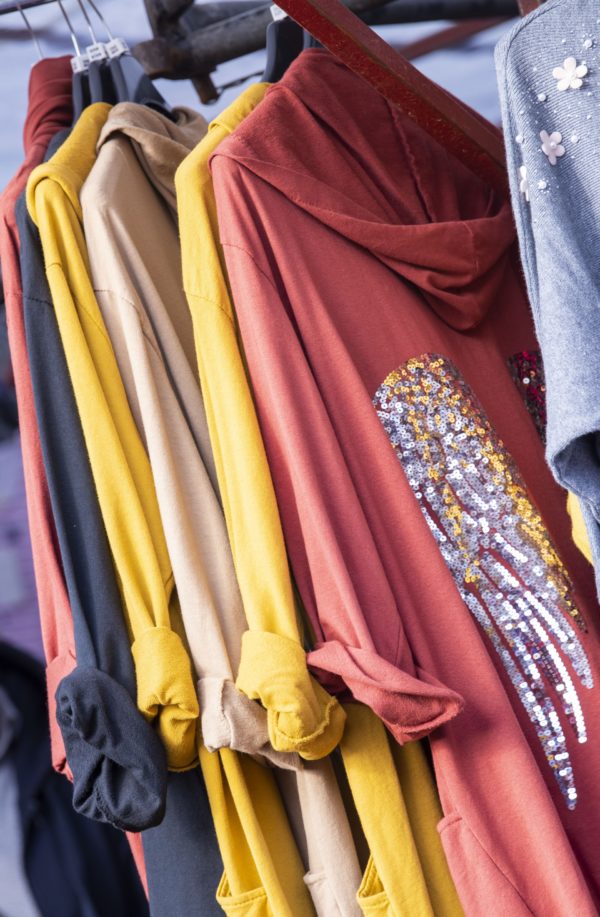 The first “official” mention of a Nottingham market is during the reign of Henry II (1154–1189). A charter granted to the town of Nottingham says ‘moreover the men of Nottinghamshire and Derbyshire ought to go to the borough of Nottingham on Friday and Saturday with their wains and packhorses.’

This gathering, seemingly a market, would start at sunset on Friday and wouldn’t finish until sunset on Saturday.

It seems pretty much anything and everything could be traded at the Great Market Place… as in 1779, when a man actually sold his wife and children! The woman, aged 17, was put up for sale along with her two children and sold for 27/6!

Regular markets continued in the Great Market Place until 1928 when the New Exchange was demolished to make way for the Council House as we know it, and the market relocated to the Central Market on the corner of Glasshouse Street and Parliament Street.

The market finally settled in its current home when the Victoria Centre opened in 1971.

Become a trader with Nottingham Markets

Whether you want to sell at one of our established markets or set up your own, we can help.

Become a trader Run your own market

Got a question about shopping or trading with us? Drop us a line.

We've got eight regular markets across the City, and there's something different at every one. 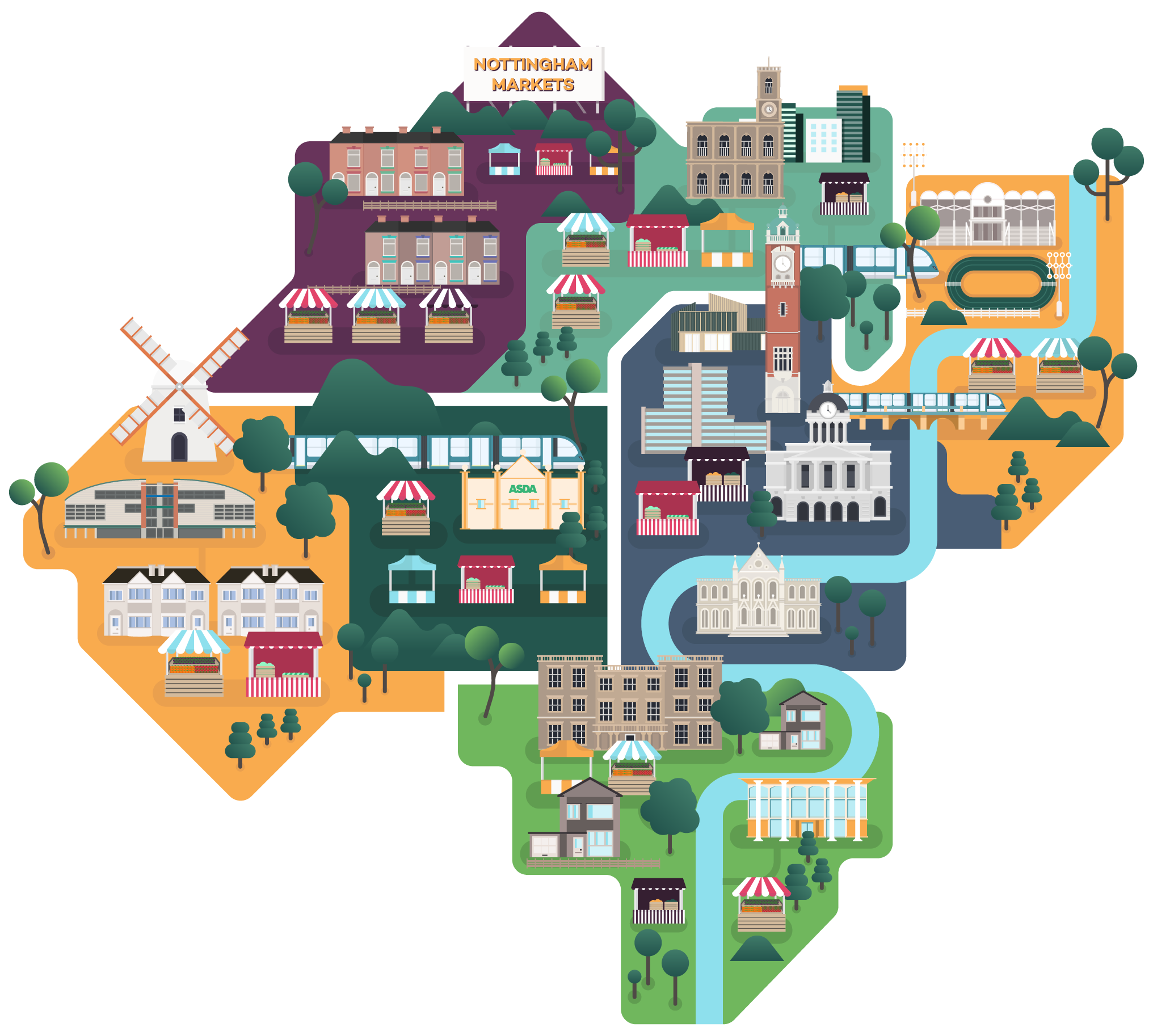